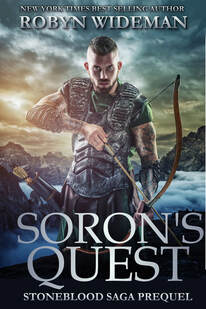 A young warrior must find his way.

Soron is tired of combat. Growing up in the harsh world of Northern Solotine, Soron has been fighting his entire life. He is only a young man, but already a battle hardened veteran.

He longs to pursue a new, less violent life, but the people of Northern Solotine, and the very land itself seem determined to keep that from happening! Vicious beasts, a harsh land and a northern chieftain bent on destroying his village and killing his father all stand in the way of Soron's goal of a simple and peaceful life.

Soron's Quest is the prequel story to the Stoneblood Saga Novels and can be read before or after the main series. An exciting fantasy novella for readers of all ages 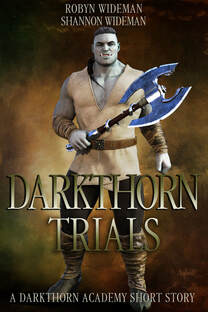 Before he joined the Misfits at Darkthorn Academy, Stannerios lived with his orc family, but his life was not simple. Having human blood made him less that a true orc in the minds of many of his tribe. But Stann doesn't care what others think, and he'll face whatever challenges are thrown his way!